The composer and audio engineer that tuned in to the book Aching Beauty, producing a nuanced quality audio recording for easy listening. 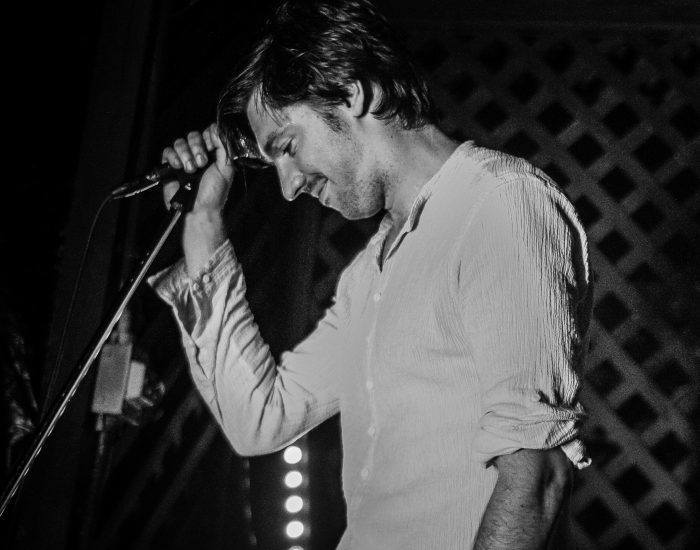 Rhythm, sound, pace and presence, and a voice that resonates from the unknown to the known is how Freddie Mercury (FM) will be remembered. But what do FM and Remy Perrin have in common? Well, musician David Backshell said in so many words, Remy was the best frontman he’s ever worked with, since FM (even though he'd only imagined being on stage with him). What he meant was that sounds and vibrations move through Remy like a tuning fork. So I took it as a sign he was the right man for the job, to record the audio for Aching Beauty, with me as your narrator. Thanks to Remy's rhythm and ear for sound, my voice will land in your ears without you wincing.

Bringing you Remy who is currently finishing up a new solo album Into The Dark. Who can rarely listen to a song over and over again. And also, loves unhappy endings. Meaning, he tends to love movies that speak to our dreams, that highlight our unresolved emotions. Quebecois films, anyone?

What habit do you wake up to that you can't live without?
I usually like to take my time in the morning, being that I make my own hours and like to work late into the night, the morning is usually my time to unwind and get inspired. Read, exercise, practise an instrument etc.

What does creativity mean to you?
Creativity to me means a mix of thinking outside the box and problem solving – finding a synthesis between these two to accomplish something unique!

Any new creative projects that you’re working on?
Currently finishing up a new solo album titled Into The Dark, pretty excited about that. It’s a kind of art-pop/art-rock with a big wall of sound taking elements from electronic, acoustic and orchestral music.

Your current favourite tune?
Don’t make me choose! Been listening to Jerry Holland, Bob Mover and Amine & Hamza recently. I’m someone who rarely can listen to a song over and over again. Probably related to the way I think about music but once I hear a tune, it needs some rest time before I can come back to it.

What's that tune you're singing in the shower?
For me it’s silence! I think working and living music most of the day makes the moments without it actually rather precious.

Magazine of choice? Book?
Been really getting into The Economist during the pandemic, and while it (like anything) has its bias/narrative I don’t always agree with, I appreciate getting global affairs all condensed down into a reasonable package.

A favourite film?
Very difficult, I don’t tend to pick favourites, but when I was a teenager and Linklater’s Waking Life made a big impression on me. I tend to love movies that speak to our dreams, metaphysical ideas and complex (often unresolved) emotions the most. Bring on the unhappy endings! I might just say that anglophone Canadians (or anyone for that matter) should check out more Quebecois films, there's some really great overlooked gems!

A dish you just can't get enough of?
Japanese cuisine! Not just sushi, but things like katsu, kabayaki, yakitori, okonomiyaki, etc. I will truly never get enough.

When's the last time you wrote a love letter? Or a song?
Well, I probably write a good handful of songs every month, often for work, but it was really great to work on my stuff for a change recently.

What's your favourite thing to do before you call it a night?
I like watching something silly for about 10-20min before bed, be it sketch-com or animation. Helps me ramp down before sleep and offers a fun & creative sense of escapism too.